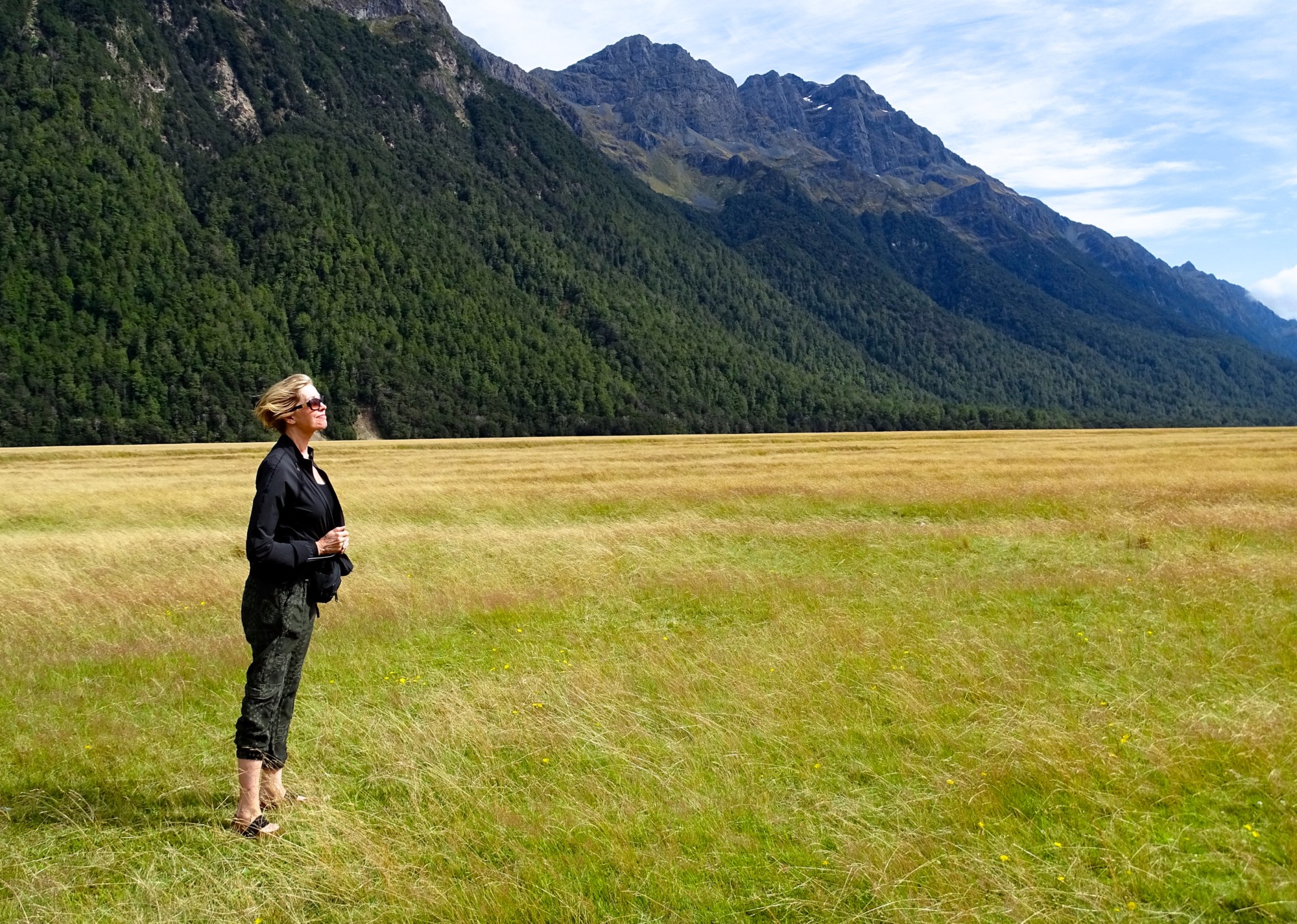 Early in 2019 I chose the title “Winds of Change” for my next blog. The illustrative jpeg from our trip to New Zealand in January of that year with title attached has beckoned me from my desktop for a ghostly 2 years.

I have been in the ongoing midst of the greatest transitions of my life.  In 2016 and 2017 my daughters were married.  My father passed away in August of 2017.  In 2018 we learned that my oldest daughter was pregnant with our first grandchild who blessed our family in April the following year.  Throughout all, I grappled constantly with the choice to move completely on from a fulfilling 40-year career as an actress and model in Los Angeles.  I had always assumed I would work in some compacity well into senior years if I was able and the calls continued.  The calls, however, dwindled as did my desire to return them and continue the pursuit.

Not unlike when I became pregnant with my first in the 80’s, I lost my heart for the business upon learning my daughter was expecting. I quickly donned the treasured mantle of grandmother and have happily worn it proud ever since.  I traded auditions for child-care two days a week and feel more fulfilled than any Oscar recipient ever could.

My life continued to change at such a pace that I would be stopped with each notion of writing.  I would feel inspired with words and then the still small voice I know to be the Holy Spirit would say, “No Lou. Not yet.”  I couldn’t believe how long it was taking and tried not to feel like a procrastinating shirker or coward of the keyboard.

Then the hurricane force of our century swept the globe with a deadly impact.  2020 and the Pandemic brought swift paralysis and a monumental shift in how we face our days, months, and years.  George Floyd was murdered before our unveiled eyes and racial unrest brought intensified reactions across the nation.  If the Pandemic and issues of race and injustice were not enough to send one to their therapist, the political divisiveness over the past 4 years culminating in an election that ended with a terrifying insurrectionist attack on the nation’s capital, incited by our own President no less, certainly would motivate a surrender to outside help.

It became starkly evident that my heartwarming blog of retirement, grandchildren, and the beautiful circle of life was meant to be something more spiritually imperative.  God has moved me to write most of the things I compose.  His little miracles have often accompanied these pieces that started in January of 2016 when I made the commitment to write on a regular basis.  I’ve meant my words to be a healing ministry of hope and inspiration.

We need both of these things now more than ever as Americans and as human beings.  Our world is a fallen place.  It is fraught with great danger but also abounding in extraordinary love.  It is a temporary home to every living soul.  Whatever you believe about how you were placed on this earth, or who your God is, one thing everyone agrees on is that our time as we know it is limited.  Life is change with death being the final chapter as well as the beginning of the next.

As a Christian my hope is not in our present culture, but in the person Jesus Christ and His promises.  He came to earth to reveal God’s great love for us by giving us a way out of our mess into our Creator’s arms.  Since my faith has been such a part of the current political frenzy, I would like to clarify that I do not believe Jesus votes either Red or Blue and no group can exclusively own Him.  Both parties embrace and focus more on certain Biblical tenets than others, but neither encompass all.  It’s not that Democrats and Republicans don’t care deeply about many similar things, it’s mostly in how they see the best resolution and government’s part in the process.

I try to educate myself to the best of my ability and I DO look at the person as well as the platform when I make my choices at the polls.  A friend of mine shared this question she heard recently; “Would you vote for the devil if he was pro-life?”  Makes you stop and think.  I vote with the knowledge all candidates will be somewhat flawed as humans and I look for strength and integrity as well as the fruit of the spirit in their historical actions and beliefs; “love, joy, peace, forbearance, kindness, goodness, faithfulness, gentleness, and self-control” Galatians 5:22-23.

Passion and tempered righteous anger are Godly traits.  Violence, deception, and intimidation to gain power are not.

We are presently inundated with mainline news, as well as conspiracy theories and rhetoric from a plethora of media platforms that can bring destabilizing fear and confusion.  Although I choose more than one news source with more than one bias for clearer understanding, it frankly can be dizzying combined with all the friend and family shared e-mails, videos, documentaries, and posts.  When the chatter deafens, I remember to still my anxious heart with my anchor who never deceives nor fails.  It is in my relationship with Christ that I find peace regardless of my circumstances.  This requires a moment-to-moment daily connection.  It is with His support and direction that I’m able to persevere in challenging times.  I remain malleable with an open heart to learn and change at God’s bequest so I can fully become the contented, honorable person He created me to be.

As God so often does, He confirmed my choice of theme and title with yet another “little miracle” that I’ve learned are His quiet reminders that He is real and present by my side.  Last Sunday morning I woke up and told my husband it was time to write my blog.  I felt God had finally given me a sense of what I wanted to say about the “Winds of Change” I’d been experiencing for so long.  A few hours later our live stream church service began, and we listened together as our Pastor, Ramin Razavi shared the weekly sermon that I’ve included below.  His words aligned perfectly with my current thoughts and emotions.  Our Pastor ironically ended his message with Jesus’ analogy of our heart’s acceptance of Him and the new things He wants to do in our lives like a supple new wine skin, not an old and hardened container unyielding and dry. Matthew 9:16-17

Something old in us must change to receive the new.

I remain steady in the mercurial weather of life be it mid-west tornado or island breeze.  I welcome the change that helps me grow and resist the fear that cripples me.  I am secure because the Lord God has my back.  I pray with all my heart He has yours as well.

I have told you these things, so that you may have peace. In this world you will have trouble. But take heart! I have overcome the world.
John 16:33 NIV

For God so loved the world that he gave his one and only Son, that whoever believes in him shall not perish but have eternal life.
John 3:16 NIV